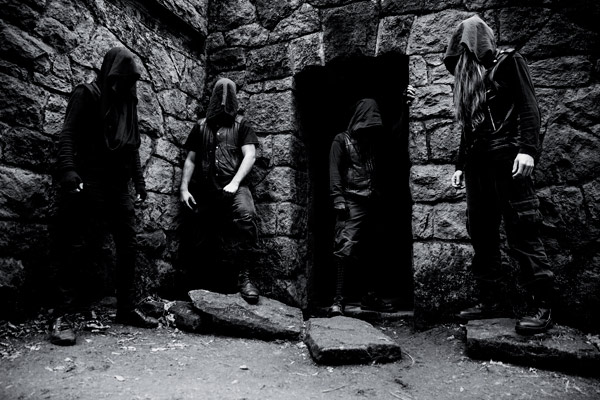 We, at HEADBANGERS LATIN AMERICA, have the pleasure of interviewing the American musician James Sloan, known for being one of the guitarists of the renowned Black Metal band UADA, which this coming September will be releasing its third and new album entitled «Djinn«. We will know more about its beginnings, parallel projects and much more. We begin: 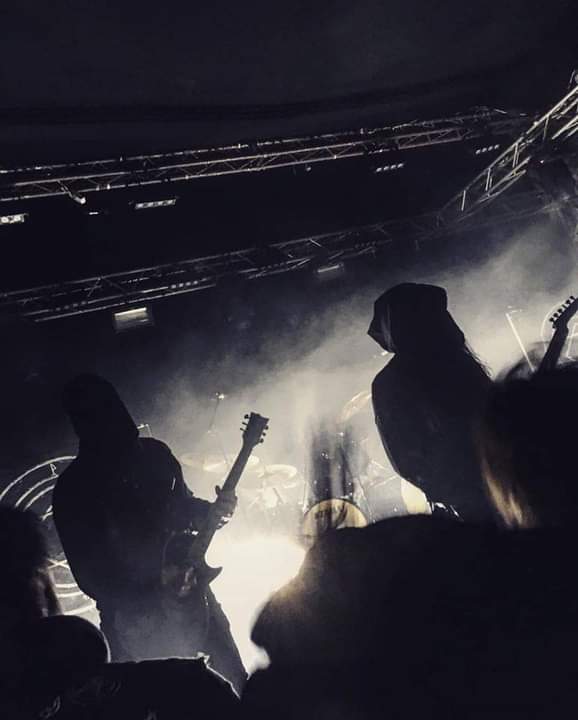 1. How is born in you that taste for extreme music, what led you to become a musician and specifically playing Black Metal, instead of Death, Thrash or Heavy Metal. What do you consider to be your main influences?

JS: ‘My father introduced me to Rock and Roll music from a young age. He was an artist in the 60’s and 70’s and introduced me to a lot of the great bands of that era. I fell in love with Jimi Hendrix, Led Zepellin, CCR, Frank Zappa and others and became obsessed with guitar music’.

‘As I grew up I found a lot of the Heavy Metal and Thrash bands of the 80’s and eventually death and Black Metal and it has cascaded onwards ever since. The first Black Metal album I ever got was Mayhem’s ‘De Mysteriis Dom Sathanas‘ and it changed my life and opened my mind to music that had potential far beyond entertainment.

I would say my personal influences are a mix of classic Heavy Metal bands like Judas Priest and Mercyful Fate and the first few waves of European Black Metal such as Mayhem, Bathory, Dissection, etc. I have an appreciation of many types of metal, classic Thrash and Death Metal included. 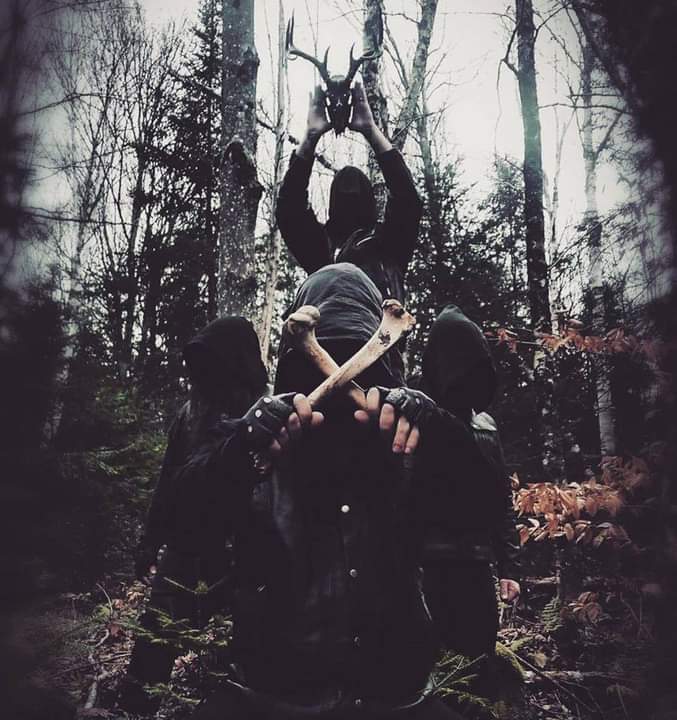 2. Can we say that UADA is your main band and later we will talk about your other projects. Did you personally expect the great reception that the band had since the release of their first album «Devoid of Light»?

JS: ‘When we first started UADA we had a clear vision of what we wanted to do and accomplish, the project was founded on a philosophy of energy and movement, and an antithesis against stagnation or following the status quo’.

‘That being said, we were surprised at the immense support we received very early, and it’s something I am eternally thankful and humbled by‘.

‘To have your art, that means everything to you, reach out and make an impact on others is one reason why artist’s create in the first place, as well as being a personal outlet’.

‘I don’t think that I imagined we would have the success we have had so fast, but every single person who has taken the time to listen to us and support us have added to my life’s meaning, and for that I am eternally thankful‘.

3. The success with UADA has led you to tour different countries around the world, to meet new people and new cultures. What is the most positive thing you recall from those tours and trips? 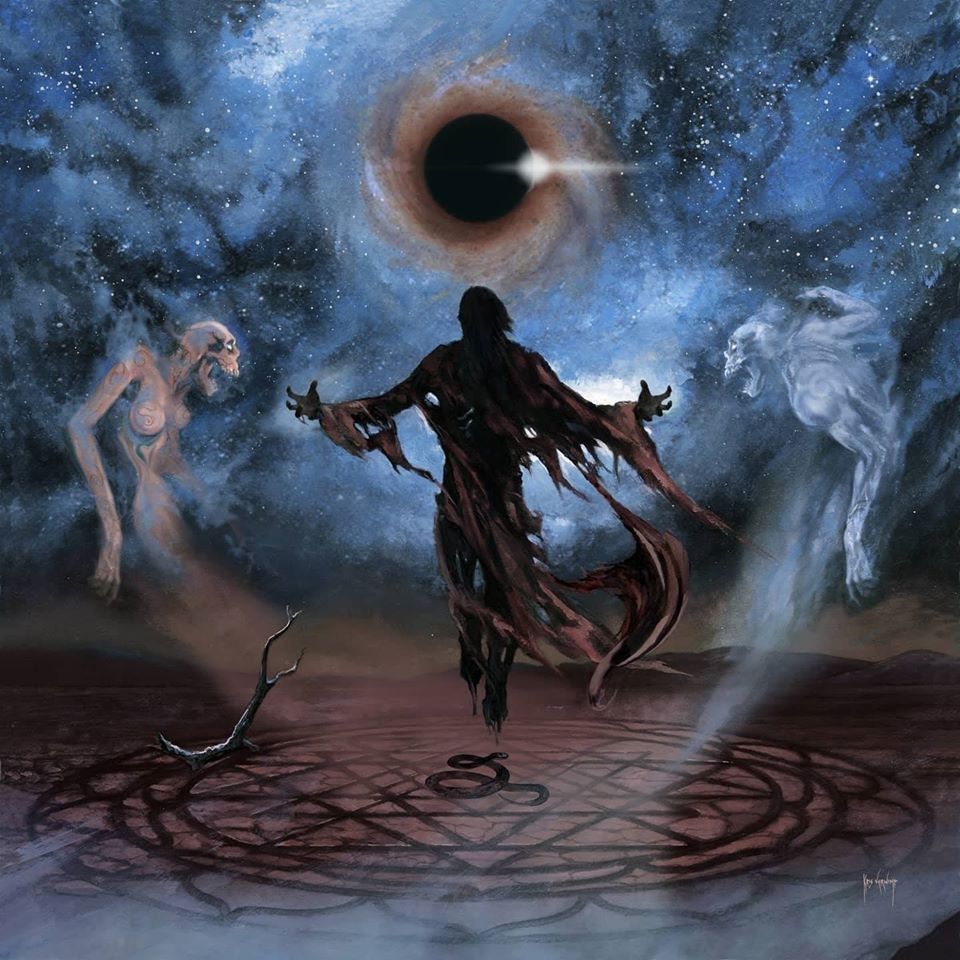 JS: ‘Being able to see the world and experience many different cultures and walks of life has been a very enriching experience, and something we all value greatly’.

‘Art is a universal language of human expression, one almost all people can understand and communicate through, regardless of language barriers’.

‘Touring around the world has brought the greatest joys and the most challenging circumstances. I think it’s that duality of overcoming challenges, and moments of personal triumph that make it such a worth while endeavor’.

‘I think the adrenaline of performing one’s heart out every single night is addictive in it’s own right, but this is our life’s work. Being able to meet many people, and forge new friendships is something very important to me. There is nothing I would prefer to do with the day’s I have left here on earth‘.

4. This next September the new album of UADA «Djinn» (genie in Arabic) will be released. Tell us a little about this, as well as how was the process of composition and recording. What can fans of the band expect from this album? 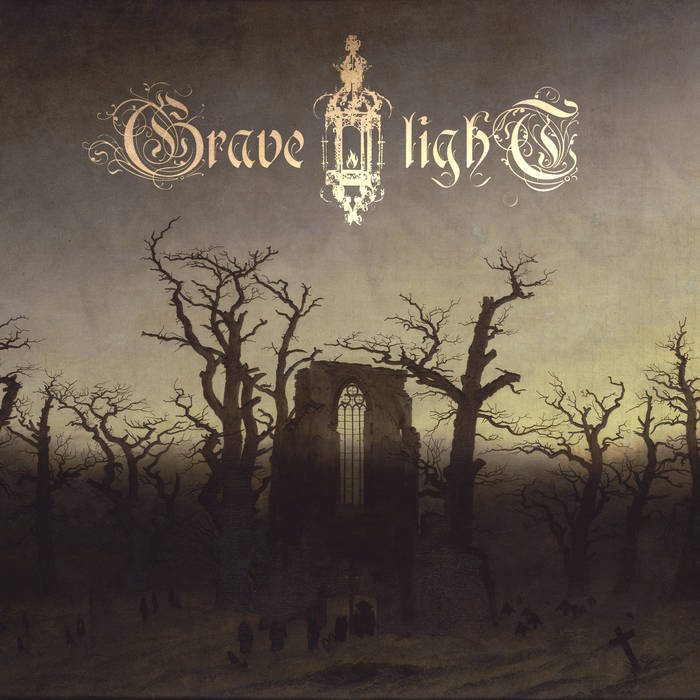 JS: ‘The basis of the writing for Djinn started years ago, Jake and I had idea’s for riffs and melodies, but the album as a whole came to life in a rehearsal space in Germany last year. We took a very organic approach to the creation of these songs. Spending hours in a room together adjusting and perfecting every part, it’s why I feel this album has a very sincere atmosphere.

We are never content with just repeating the same things over and over again, the movement and evolution of energy and the self is fundamental to our art, we always want to push boundaries with our music’.

‘People should expect this album to be both familiar and new, we wanted to bring in a lot of elements of rock n roll, as it’s the roots of everything we do within this genre, and I think there was a lot of honesty in the classic bands that has been lost in Modern Metal.

The album as a whole is a journey, that has many shifts musically. I’m sure there will be a divide amongst listeners, those that love and those that hate, but that is always how it is in this genre. 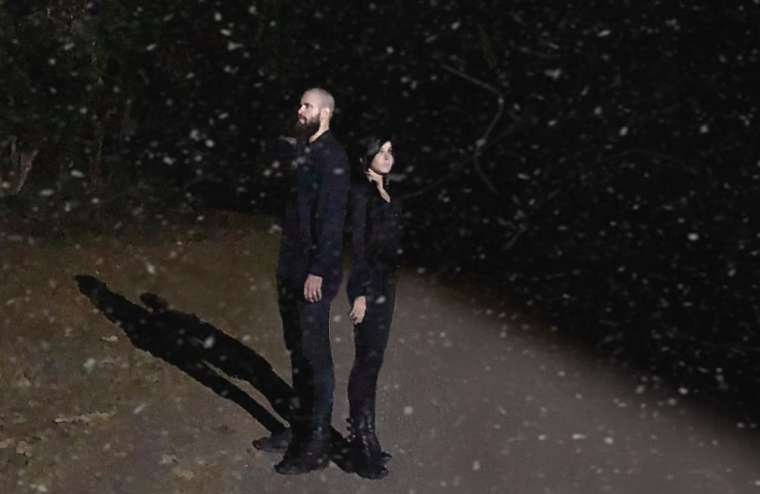 5. We want to also talk about your other projects. Let’s begin with GRAVE LIGHT, which in my view is an Atmospheric/Melancholic Black Metal, this year 2020 saw the release of their debut EP, homonymous. What inspired you to create GRAVE LIGHT with Carolina Andujar, who is your wife. Tell us about it.

JS: ‘Grave Light is a project Carolina and I had wanted to do for some time together. She is an amazing artist in many ways and it was very fun to create something together’.

‘That band is more poetic in style, whispers and feelings of regret and longing from souls beyond the living, like poems from the voiceless forgotten. Our first EP was great for us to create something from the ground up and a starting point. We hope to work on a full length that is much further realized in the future’.

6. Another one of your projects is Aleynmord (suicide in Judeoaleman language), Black Metal too, which signed with AOP Records for the release of their debut album in August, «The Blinding Light».

Here you have Ed Halpin on bass and vocals. As this project was born, that we know already dates from several years of creation, what you can tell us about this one, from which we could already hear its first promotional song.

JS: ‘Aleynmord is a very personal project for Ed and myself, we have always had a kindred connection with each other, because we both have lived in serious depression and traumatic events in life (as so many have), and we share a deep reverence for the escape that nature provides us. The silence of the wilderness and that feeling of isolation is our sanctuary, and the music reflects that primal desire to return to the earth. We are very excited for the release of that album, and are already working on a second album. 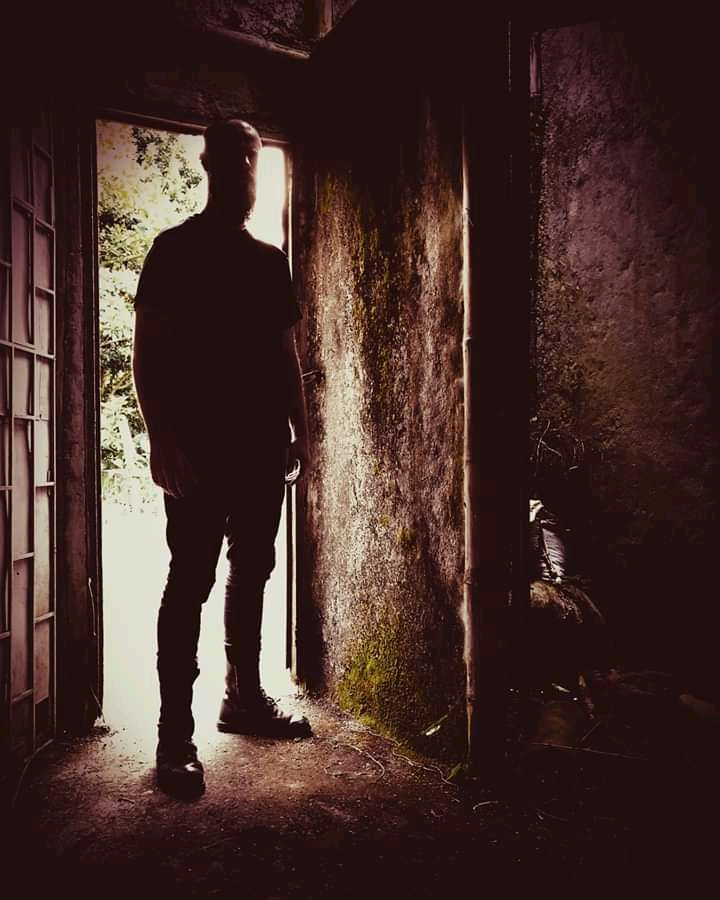 7. Another one we know of is SVABHAVAT. What can you tell us about this project, from which no tracks have been released yet and there is little information about the members.

JA: ‘Svabhavat is a project created from the inner shadow, from the perverse and odious nature within all mankind. It is the worship of death in musical form. I will never stop creating black metal of this type for very personal reason’s, it is an outlet for hatred and aggression, and brings to light the darkness within us all. We have just signed with Eisenwald records for the debut release and are very eager to continue down the odious path’.

8. How is the process of composing a song for each project, in what do you think about, do you sit down with your guitar and start playing with an already clear vision for a song for a specific project, or do you just let the ideas in your head flow and then you decide? Tell us about it.

JS: ‘For me personally, it’s vital to first have a vision of what I want to create, both musically and emotionally what I want to convey. From there I will begin with the guitar creating sounds and riffs until I feel it reaches the vision I have. I don’t like to overcomplicate the writing process. I think a lot of times when you find inspiration it is best to grab it and focus completely on a project until it is finished’. 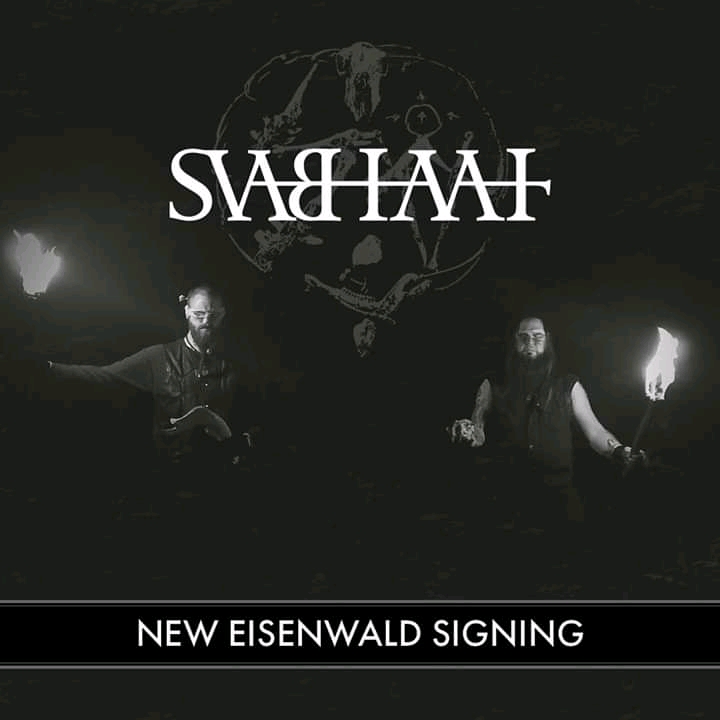 ‘I do become obsessive in this way, I really can’t think of anything else when I am writing, and depending on the project it can have deep emotional impact on me in life, but that is necessary if you write music from your heart’.

‘Once I have a vision and a sound for a project I go full throttle until it is finished, and there is a sense of relief and perhaps sadness when an album is finished that is quite hard to explain, though I think most artists understand this feeling very well’.

‘We put all of ourselves and energy into these things and it can be hard to let go or feel the music is «finished», but I think it is important to go with your gut and not doubt yourself’.

9. When the opportunity to play live arises again, how will you choose the musicians who will play with you, or have you already chosen those who you will tour with for some of your projects?

JA: ‘UADA is and always will be my focus, especially with performance. I have given everything to be able to perform and walk this path and I will never turn back. Most of my other projects for the near future must remain as studio projects, as I have and will always give all of myself in the performances of UADA‘. 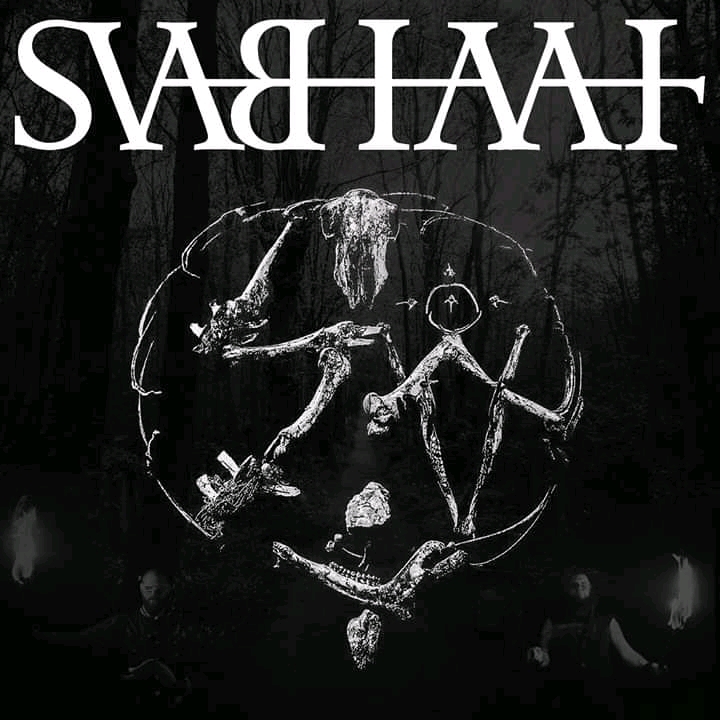 10. Do you think you can make a living out of making extreme music, what does James do when he’s not making music?

JS: ‘For me profiting and making money is never a priority, as long as I can survive there isn’t much else I need to be content in this life. When I am on my dying day’s I only hope to be able to look back with pride in living a life of creation and experience, that I have conquered everything I set out to accomplish, and lived a life of truth, not materialism’.

‘When I am not writing or performing music, I like to help other bands produce albums. I have started mixing and mastering for other black metal bands who may not have the means to go to expensive studios. Music is and will always be my entire life‘.

11. Thank you for granting us this interview. Is there anything else you would like to add?.

JS: ‘Thank you for taking the time for the interview and to all those who read it. I am thankful for the opportunity to reach
everyone in the mighty Latin countries, and hope to return to the stage soon‘. 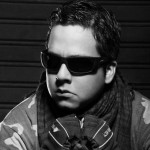 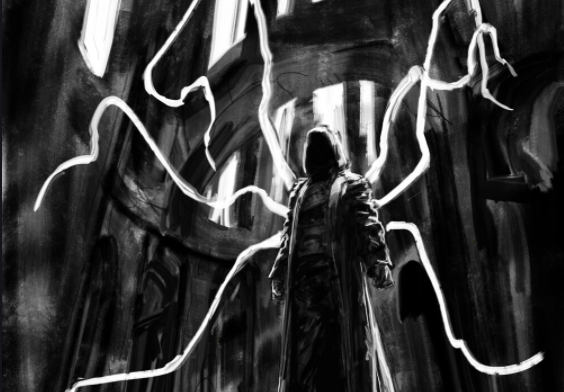 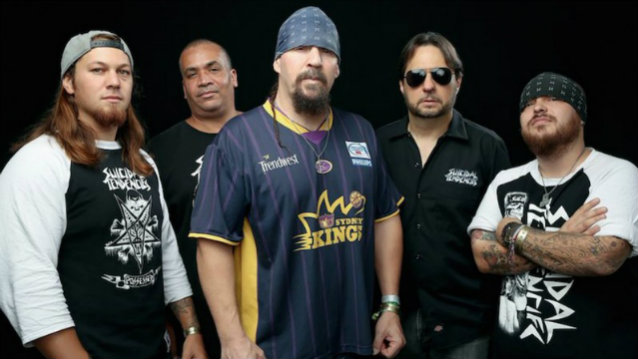 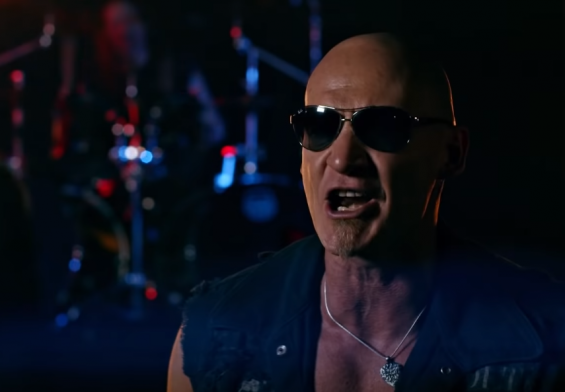 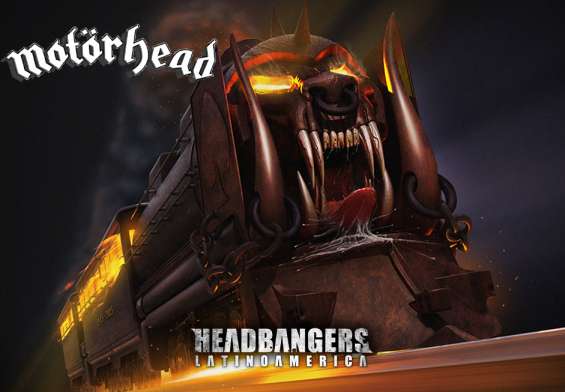